If you’re going to cook like a pro, you need advice from the best in the business. And here it is. 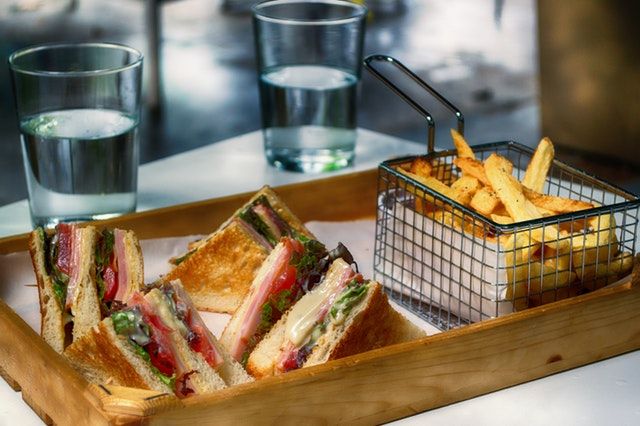 It’s Saturday morning. You’re all done sleeping in for the morning, you’ve pried yourself up out of bed, and taken to the kitchen to make the world’s easiest, most delicious breakfast.

Only, you put it all together, using a recipe you learned when you were sixteen, and it is severely average.

What went wrong? What did you miss?

Start your French toast off with a too-thin slice, and you’re just asking for disaster. The bread needs some heft to hold up to a good soak in milk and eggs, or else it’ll start to disintegrate before it even gets to the pan. So ditch the pre-sliced loaf and cut your own, making sure each piece is ½” to 1” thick. What type of bread is best? A dense-crumbed white pullman is classic—but for an extra dose of richness, an eggy challah or brioche works wonderfully, too. Just remember: The drier your bread, the better it will soak up all that lovely custard. A day-old loaf will do the trick—or, should you find yourself in a pinch, dry your slices in a 275 degree F oven for 10 minutes before giving them their first dip.

You’re adding too much milk or too few egg yolks

Eggs and milk are the essential components of the custard base that gives French toast its tender richness—but get their ratio off and you’ll wind up with undercooked slices that have an unpleasantly savory “scrambled eggs” flavor. A basic rule of thumb is about ¼ cup of milk and 1 egg per 2-slice serving—and if you really want to avoid that “scrambled” taste, use only the yolks of some or all of the eggs. (It’s sulfur compounds in the whites that give eggs their unique “egg” taste.)

Milk and eggs are the only essentials required for the custard base—but it’s how you season the mixture that will give your French toast a distinctive flavor. A pinch of cinnamon and a glug of vanilla extract are standard upgrades—and a little sugar never hurts either. Consider this when choosing a sweetener: powdered sugar will dissolve well, leaving you a smooth custard, while brown sugar will create a lovely caramel flavor as it cooks. Or, for a grown-up twist, try adding a dash of liqueur like a spiced rum or Grand Marnier.

You’re not cooking with oil

Butter is the traditional cooking medium for French toast, but because it has a low burn point, if you’re not careful, it’s easy to end up with a charred and smoking mess long before your bread has cooked through. The solution? Swap out all or half of the butter in your pan for a neutral vegetable oil. The result: French toast that fries up a wonderfully crisp exterior and a tender (but not soggy!) center.

Let’s be honest: French toast isn’t really finished until it has a stream of maple syrup atop it. And while Grade A maple syrup has long been billed as the gold standard, savvy cooks know that the darker, more robust Grade B syrup is the one to reach for when you want that real, rich maple taste. But, suddenly it’s not that simple: The USDA recently changed the maple syrup labeling system… meaning Grade A and Grade B have gone the way of the dodo. What wording should you look for instead? The stuff formerly known as Grade B is now billed as “Very Dark with a Strong Taste.” Yes, it’s a little wordy. But drizzle it on your French toast with some fresh fruit, and it’ll be every bit as delicious.